The History of the Full English Breakfast

I have always wondered how the Full English breakfast got created. I mean, I don’t know of any other country which has a breakfast dish that is as much of a national dish as ours is! So, I got digging and this is what I found. 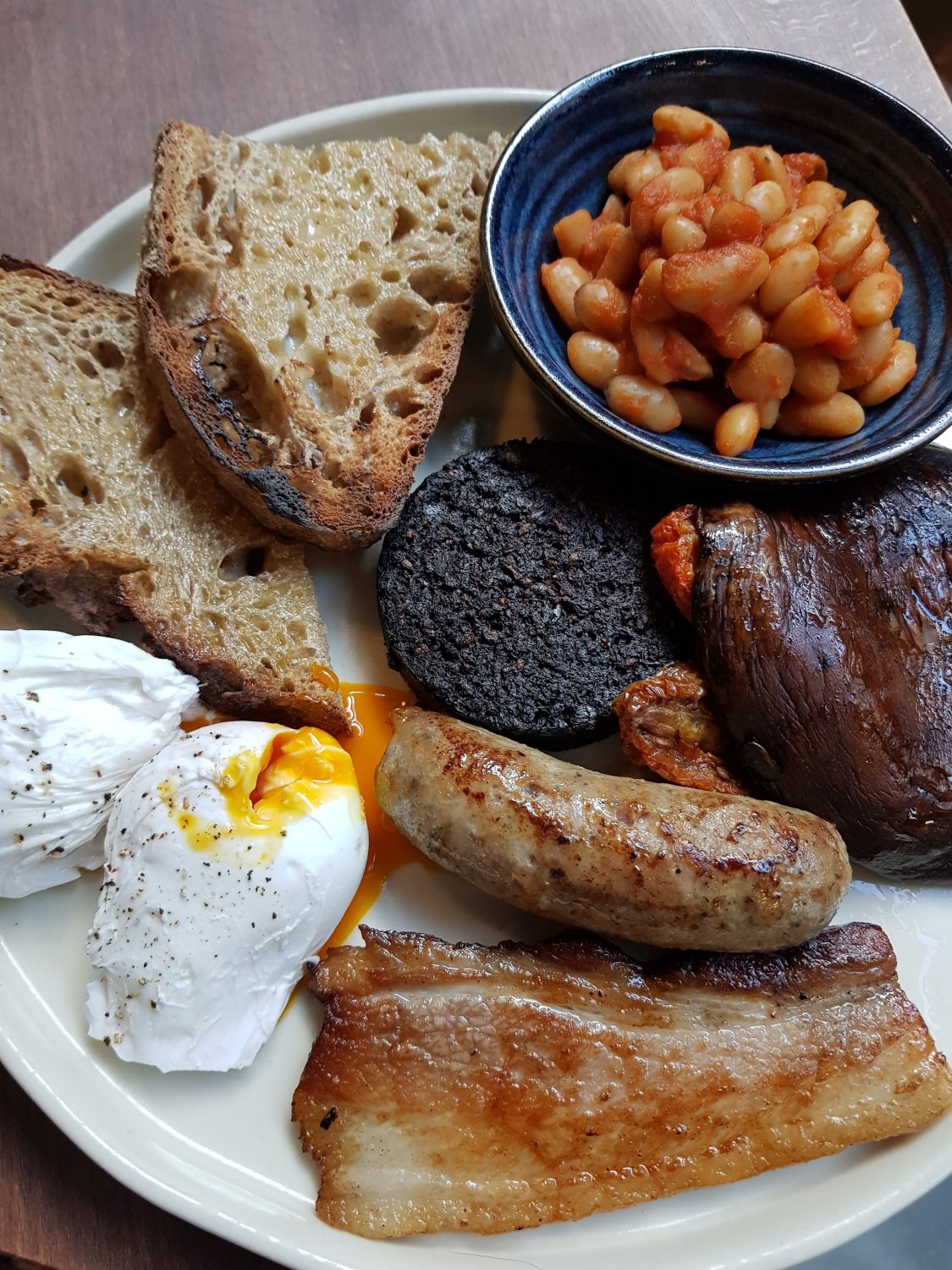 The English breakfast, or fry-up as we call it, originated back in the thirteenth century by the gentry. The gentry were a social class consisting of aristocracy and like landowners and senior members of the clergy. They saw themselves as trues heirs to the Anglo Saxons and wanted to keep up the values and practices of the traditional Anglo Saxon lifestyle. Breakfast was considered to be the most important meal of the day in the country houses and country estates which also served as key hubs for the local society. They saw breakfast playing an integral role in social hospitality, as was traditional to Anglo Saxons, and soon became famous for their breakfast feasts.

But the reason for indulging in a massive breakfast spread was not just for tradition, but also to feed the gentry before their long days out hunting and trekking.

Additionally, the breakfast table also provided an opportunity for the gentry to show off their wealth through the quality of the ingredients used. Be it the freshly grown vegetables or the meats from animals bred on surrounding pastures.

The dishes themselves were made using Anglo Saxon recipes and the breakfast spread also gave the cooks a chance to show case their skills through a plethora of breakfast dishes for the guests to graze on.

By the time Queen Victoria came to throne, the gentry had been replaced by a new wealthy class formed of businessmen and merchants, fuelled by the Industrial Revolution. Unlike the aristocrats of the gentry, this class was made up of the newly rich who were keen to raise their social profile and saw the gentry as a source of inspiration. The Victorians studied and adopted the traditions and habits of the gentry, everything from their airy country houses to their English Breakfast. These aspiring Victorians tried to elevate the English breakfast to being even more luxurious through introducing exotic components like kedgeree and sautéed mushrooms.

The middle classes began eating the English breakfast only in the Edwardian era. The “common” breakfast which evolved in this era, is the one that closely resembles what we know of the current English fry-up. It typically involved bacon, eggs, black pudding, sausage, baked beans, grilled tomato and fried bread served with hot drinks or fresh juices. The dish became more and more of a family meal and acted as suitable fuel for the day for the workforce engaging in fairly manual labor.

Full English at the Narrow by Gordon Ramsay

By the 1950s, over half of the British population was starting their day with the same English breakfast which was once a tradition for only the wealthy upper classes and as such it had become a truly national dish. The dish was served commonly in “greasy spoon” cafes, located on commercial, manufacturing and industrial centers where the workers tended to be.

Nowadays the full English fry-up commonly consists of thick cut back bacon, eggs, sausage, baked beans, fried tomato, fried mushrooms, occasionally black pudding and of course, fried or toasted bread. One of the more controversial components of the English breakfast is the hash brown which is speculated to be American but for me, it definitely is one of the tastiest items on the dish so filler or not, British or not, I love it to be included in my full English brekkie!

But some places in London are now serving up some revamped versions of the fry-up such as the Hawksmoor one with grilled bone marrow or the Indianised version at Dishoom involving Masala beans and smoky, streaky bacon!

Whats your go-to place for a full English breakfast in London?